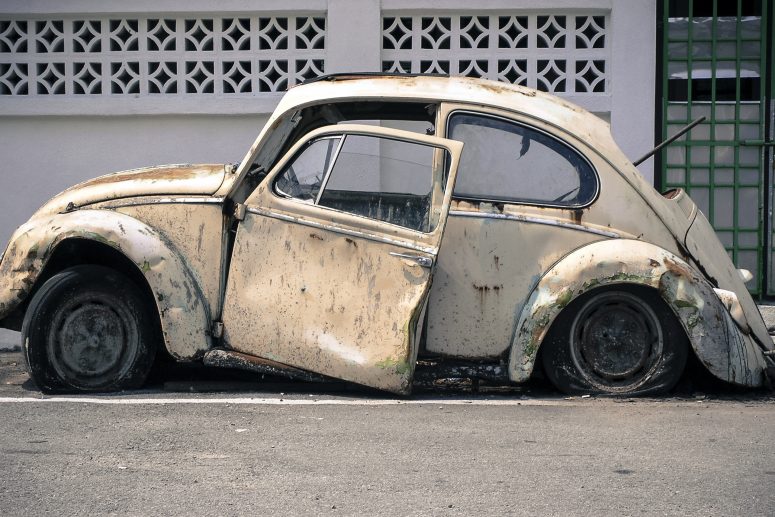 To sell or to tow, that’s the question. It always seems best to go with an option that leaves you with a bigger bulge in your wallet. Let’s review both options and discover the advantages and backdrops to either end before going for one.

To start with, let’s paint some scenarios. Perhaps the most prevalent times when one is standing at the to-sell or to-scrap crossroad is just after an accident and the vehicle is either too bad to drive, but someone just might buy it at a huge discount.

Another instance would be with a very old car that has been stagnant for almost its age. Making it un-roadworthy at best. Selling the vehicle requires a lot of resources advertising its availability. On the other hand, towing it away would seem to be a heartbreak in waiting. Watching someone else take that cherished ride away leaves an empty spot only enough money can fill.

Let’s look at the good sides of both options to be fair.

While you’d have lost that car, you benefit in the sense that a potential property liability has been lifted from your responsibility. With service providers that acknowledge the hard work, it takes to keep an old car running or even in a sightly state, at least you get compensated for the value that it currently holds.

You would not have to pay to have it moved away. While away, the value it still has is salvaged. This can come in the form of the recyclable metal frame of the car which goes into plenty of other industrial use areas. Along with that, some spares can be extracted and placed on sale for people still actively driving the same or compatible model vehicle elsewhere.

Selling As A Used Car

You’d have to put the car back on the market in order to get offers from potential buyers when going this route. Someone buying a used car would either intend to use it on the road after taking it through some service routines for restoration or eventually break it apart in order to sell valuable parts (back to the first option of towing).

That said, depending on the value of your vehicle, which also has sub-dependencies such as the make and model of the car, you could have it taken at a whistle after rounds of negotiations. Classic vehicles, the unique (only a handful were made back in the 60s type cars) cars, are exempted from this fate. Be sure to have a few car enthusiasts evaluate yours before giving it away.

In both cases, you stand to get some money back. However, you’d need a classic car along with tubes of almost tangible patience to go the sale-as-a-used-car route. Scan used car directories and you’ll most likely meet relatively new vehicles that are lightly used on sale. If that’s what you have, then you just might get more this route than with scrapping. But again that depends on the towing company. New vehicles’ spare parts are rather costly compared to older versions. That should push offers up just as well.

The scrapping route is the shorter of the two. Not only is there less stress waiting for the car to be bought, but you might also as well get enough funds to at least start leasing a newer model of the one dragged away. Selling a car can be a dead-end if it is not registered as yours, something that can be circumvented in the case of towing for scrap.

Other indirect benefits of the towing option are knowing that since the vehicle was not functioning for lengths of time, chances that anyone can get harmed should anything decide to cease while the vehicle is in motion are nullified. Along with the fact that we need to recycle more materials originally mined from the earth’s crust, there are plenty of reasons why even when a car is barely unusable, we’d rather have it recycled.

The Exception: When to Sell Your Used Car

At times, even after getting a new car, we are displeased and just miss the old one. In this case, getting it towed away for scrapping would, by any viewing glass, be overreacting. Selling the vehicle after a few miles; which qualifies it as previously owned, would return most of the investment put into taking it from the showroom or online dealerships. Unless an unfortunate mishap badly damaged the car and it was not covered by insurance, you could as well then go the scrap route after all.