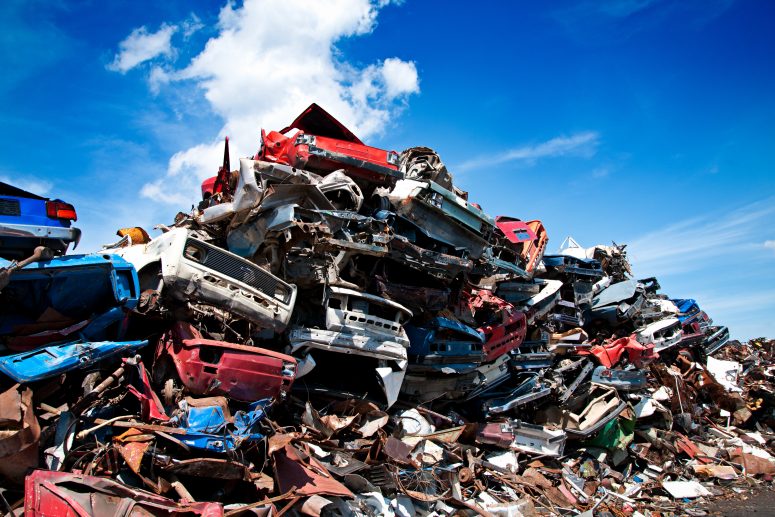 Although it leaves you with a hole that only a better car can fill, scrapping yours has some direct benefits to the environment. Companies that are in the business of turning od and sometimes new but totaled vehicles play an integral role in keeping the balance between what we take from the finite pool of resources from the planet, and what we reuse. If you’re thinking of recycling your car, there are seven reasons why you should feel good about the decision, and maybe even suggest the same to your friends and family.

Picture a scenario where the demand for cars (SUVs in particular) worldwide continues to rise, a whole lot of old vehicles pile up in dumps with no one to care what happens next. That would mean more metals have to be extracted from the earth’s surface to sustain the hunger for big vehicles, right? Well, you don’t have to imagine the scene, it is already happening. Recycling those old cars releases the pressure to get more metal out of the earth, which saves a lot of land from being turned over, destroying millions of animals’ habitats (and sometimes them too) in the process.

2. The Energy Savings You Make Are Huge

Did we mention how much energy is needed to carry out the process of metal extraction from the ground? Don’t guess, a detailed paper by CSIRO debunked that it would cost 200 Mega Joules to produce a kilogram of aluminum. Even more, if we’re to factor how much a car’s weight is attributed to just metals, that’s a lot of power in production only. If we already have the metal above the ground, no energy is dissipated in the extraction and purification process, which could help keep the lights in countries that import electricity.

Old vehicles, when left to rot where they park, are somewhat of a visual pollutant. The fact that they actually devalue the property on which they lie means they should be moved elsewhere. To the crusher maybe. If we’re to keep the environment looking serene, we have to pluck those old rotting jalopies from sight and preferably recycle them for better use.

As we do away with the old vehicles, we usher in a stream of cars with better power consumption systems. Hybrid cars use lesser fossil fuel-based energy to move around, directly affecting how much oil fracking is needed to keep businesses alive. In the future, when more electric cars are on the roads than liquid fuel ones, the air should be more breathable. People wouldn’t have to worry about wearing masks when they leave the house, as would be the case if we hadn’t bumped into the idea of clean energy vehicles. Surely it would help if we didn’t have to mine all the metal to make such an environment a possibility.

Related article: Scrapping vs Salvaging: What to do with Scrap Cars in Toronto

When you recycle your car, a lot of the metal goes on to be converted into washing machines, toasters, and other devices we need. Some of the end results, especially those nonmetallic, are repurposed to cover open cast mine cavities from which more metals would have been siphoned. This eventually leaves mine sites in the same state as they were before the disruptive digging took place. Those once displaced animals eventually find refuge in such reclaimed landfills in due time.

Statistics hold that with each passing year, vehicle recycling centers collect enough hazardous fluids from their subjects to save the planet from an equivalence of 8 Exxon Valdez Events. Given the damage perpetrated by just one which actually occurred, it’s safe to give the green light to the reclamation of used vehicles. Even in relatively minute amounts, an oil spill from your old car in your backyard poses a threat to the immediate environment, not to mention adventurous children.

7. Helps Others In Need

We’re all part of the environment, which is why when your recycled car’s otherwise usable tire rims are bought at a cheaper price compared to the brand new ones you would have impacted their lives positively. While for some, using old parts salvaged from recycled cars is a hobby, it is a matter of urgency that those parts be available for the smooth and economic continuation of others’ way of life.

Related article: How to Get the Most Money Out of Your Scrap Car (in Toronto)

There are plenty of other indirect benefits to the environment that are derived from the decision and conscious act of recycling your car. As motivation, the hard cash you stand to reclaim from the transaction should be the last push for you to call in car removal and scrapping service providers to tow that car away for recycling.